History of the Swimming Pool

Swimming pools have become so common in today’s world that we rarely every think about where they began. Have you ever thought about the history of the swimming pool? Well either way, we have information below about where it all began.

The very first swimming pool or first man-made pool was believed to be located in the Pakistani city settlement of Mohenjo-daro and was commonly called the “great bath”. It existed over 5,000 years ago, roughly 3,000 BC. The size 12 meters in height and 7 meters in width, with a depth of 2.4 meters. It had wide staircases on each end (north and south) and small holes at the edges of the stairs where it was led to believe that’s where they had wood planks.

The floor of the pool was designed and built with fitted bricks with gypsum plaster (hydrous calcium sulphate) as well as the side walls. Add make the tank of pool even. More watertight they added a thick layer of natural tar twice. It was laid along the sides and also beneath the floor. Brick columns were discovered on the eastern, northern and southern edges of the tank with stepped edges that may have held window frames. Two large doors were also discovered, and a series of rooms followed. They believe one of the rooms may have held some of the water to fill the tank or pool when needed, no inlet drains were found. Most historians would agree that this tank would have been used for special religious functions where water was used to purify and renew the well-being of the bathers.

A majority of the known ‘pool history’ comes from the ancient Greeks and Romans. Their quality of life improved when their wealth increased, which brought about luxuries such as pools. Water played a very important part of society for thousands of years. Pools were built all over for enhancing the beauty of property as well as used for bathing, health, religious ceremonies, gatherings and more.

Greek and Roman militaries also used pools during this time to train for war. They would exercise in the water.

Plato, the famous Greek philosopher believed that all children needed to learn to swim. He felt, along with math, writing and other basic educational studies, that swimming should also be added. And, in fact, it became standard education to teach children to swim dating back to 400 BC.

Romans built a huge pool in AD 305, that was over 900,000 square feet. It was heated by giant fires beneath the floors of the pool in the basement. It was used mostly for bathing and adorned with marble statues from roman architecture.

People began using pools more for public and social activities and gatherings versus bathing. Many grew to have live fish in them. In fact, the first Jacuzzi style pools was designed by Gaius Maecenas, sometime around 8 BC. It has been told this pool was amazing and designed with lush gardens, waterfalls, terraces, villas and other exquisite décor.

As pools became more common, naturally they followed suit in the United States. In 1868 on Cabot Street, Boston the first in-ground pool was built in the US. Most homes back then couldn’t afford a pool and the area was heavily populated.

In the 1930’s hotels began building pools to lure in more customers. The Biltmore Hotel was one of the first. Located in Coral Gables, Florida and soon became ‘THE’ place for famous and popular people to socialize.

From here, pools became more and more popular for the upper class and were found to become a part of many people’s homes throughout the world. 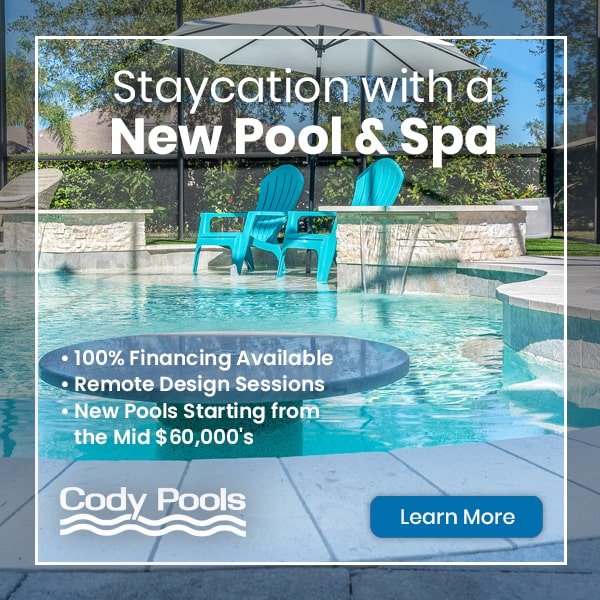 Upgrade your Pool experience with an add-on such as a waterfall, pool deck covering, lighting and more. Learn More 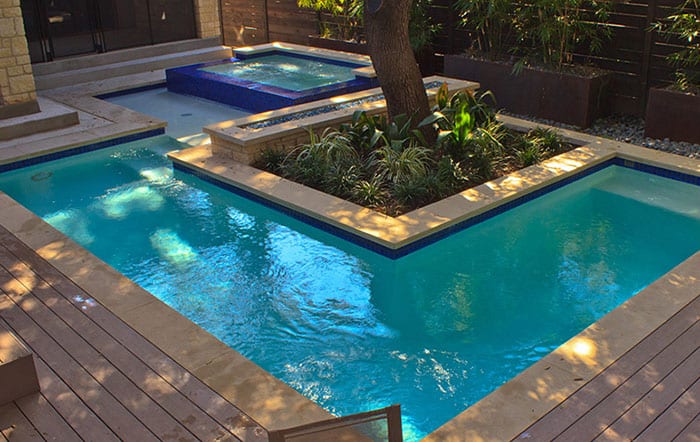 Don’t settle for cookie cutter. Get a custom pool designed for your backyard with all the features you want. Learn More